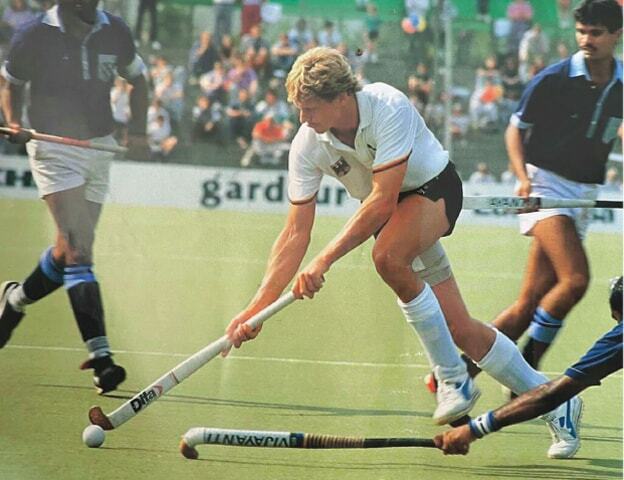 Stefan Blöcher in action against Pakistan | Photos provided by the writer

Perhaps the first European field hockey player to catch the imagination of fans in Pakistan and India for his stick work and ball control, Stefan Blöcher, who played for the erstwhile West Germany from 1978 to 1992, is widely acknowledged as one of the greatest forwards in the history of hockey. He twice won a silver medal at the Olympics (1984 and 1988) and also at the World Cup (1986). The mercurial Blöcher changed the concept that Europeans cannot dribble and feint; two skills probably more popular in the sub-continent than in Europe.