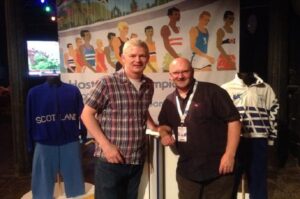 It was the decade after British Prime Minister, Harold MacMillan, had told the British people that they had “never had it so good.” The bleakness of that time was giving way to the wholesale technicolor of proving him right, 10 years later.

The 1960’s, swinging, liberating and thriving. It was also one of the most dangerous times.

By the tail end of it there were dangerous things in the world and especially in 1968, riots were happening on the streets of Europe as revolution was in the students’ air. It was the year the Republicans nominated Rickard Nixon as their candidate for the Whitehouse, the nuclear non-proliferation treaty was opened for signature, a certain Saddam Hussein became Vice Chairman of the Revolutionary Council in Iraq, that Black activists in Ohio had a fierce firefight with law enforcement, and the Prague Spring in Czechoslovakia was brutally crushed by Warsaw Pact countries by force. It was also the year that Swaziland became independent, the first ever Special Olympics was held in Chicago and in Tokyo, the regular Olympics were about to get their own unique salute which would travel round the world and the ages.

And slap bang in the middle of it, future Scottish Olympian, Charlie Kane, 15-4, 5 KOs, was born.

The 1990 Commonwealth Games gold medalist made a modest entrance, I am sure, in comparison to the tumultuous events happening all around him but arrive in July he did. His amateur career was a stellar one and, as well as making an appearance at the 1988 Seoul Olympics and the 1990 New Zealand Commonwealth Games he also won the 1988 Amateur Boxing Association (ABA) lightweight title.
Hailing from Clydebank on the West Coast of Scotland, Kane grew up to witness the deindustrialization of his community. Joining the Antonine Boxing Club, he fell under the watchful eye of coach, Jimmy Creswell. Of course, his abilities alerted others and the Team Coach of the Scottish ABA, could not have been any more of a Scottish legend than Dick McTaggart, former Olympic gold medalist. His initiation into boxing had come whilst his family had been in Cheshire, England before, at the tender age of 14 – when you are young, which age is not tender – they returned to Clydebank. Joining the club to find friendship quickly turned into competing as he was encouraged by Creswell, himself a former professional boxer.

Quoted in one interview, Charlie was to reflect upon the time he spent travelling into Glasgow, to the Palace of Arts on the southside of the city in his formative years as a boxer.
“All the novices in the West of Scotland used to meet up there on a Sunday afternoon. We’d all weigh in and they would try and match us up there and then. I had about seven or eight contests at the Palace of Arts and was lucky enough to win them all.”

In 1983, he won his first title. At the self-same Palace of Arts, he won the 44kg Strathclyde Community Education Service Boxing Championship! It must have been some trophy to get the whole title on it! He became a regular fixture there and in the shadow of the Palace, built for the Empire Exhibition in the 1930s to house the city’s art collection permanently, this place of exquisite beauty became the backdrop to many a young boxer’s development. For Kane it was a fitting place to watch his growth.

By the mid-1980s he was winning tournaments including the Boys Club of Scotland National Championships for his weight and appeared at the Western District Youth Championships in 1984 where he just fell short, losing his fourth fight in 11 days when he faced the daunting Drew Docherty at just 16 years of age. It was voted the best fight of the whole tournament.

He turned up on TV around that time when he appeared on ITV’s Henry Cooper’s Golden Belt where he beat Kevin Hodgkinson of Liverpool to win.

From that point onwards there came a mixture of disappointment and great highs. The former arrived when at age 18 he was confirmed as a boxer for the 1986 Commonwealth Games in Scotland. In 2014, in Glasgow, we were spoiled by the quality of the production of those Commonwealth Games but in 1986, the Games were on their knees. It took, the dubious honor of largesse from Robert Maxwell, since exposed as a man of crooked means, to rescue them. His demise, many years later was also mired in controversy as he fell off his yacht, named after his darling daughter Ghislaine.

The 1986 Games were to be a massive disappointment for Kane as he lost in the first round controversially as the referee got mixed up over buzzers for scoring and the one for stopping the round! Northern Ireland’s Chris Carleton took the win.

Next came the 1987 Europeans where he beat the favorite in the first round but could not get past the second. Redemption for the Commonwealths came in Auckland, New Zealand, in 1988, where Kane was sublime, winning the light welterweight gold medal against Kenyan Nicodemus Odore in the final. Both the Games and Kane won out in the day.

His Olympic odyssey in South Korea, saw him get to the quarter finals but no further. It was not to be a medal success, but the groundwork was laid. Upon his return he had a decision to make. When he came back, he was now 21. The industrial landscape and employment prospects were bleak. He was unemployed. Like many young Scottish men of the time, he had been unemployed since he had left school. It allowed him the time to dedicate to boxing. But he needed a career.

He turned professional. It was a decision he was later to regret. Ten years of fights followed – with only 19 fights within them. His highlights were modest. In fact, since his debut in Glasgow on the 5th of March, 1991 when he stopped Dean Bramhald, he only lost 4 times. Every time he fought for a belt he lost. Not a great platform in the pro game.

What Kane showed was that for some the bright lights and promise of big money should not have swayed them. He could have blossomed at Barcelona in 1992, but he went for the cash instead. Had he stayed amateur he may have emulated the man who brought him into the Scottish set up – Dick McTaggart. Sometimes, the ifs, the buts, the debates and the disappointments are what make the sport so intoxicating…