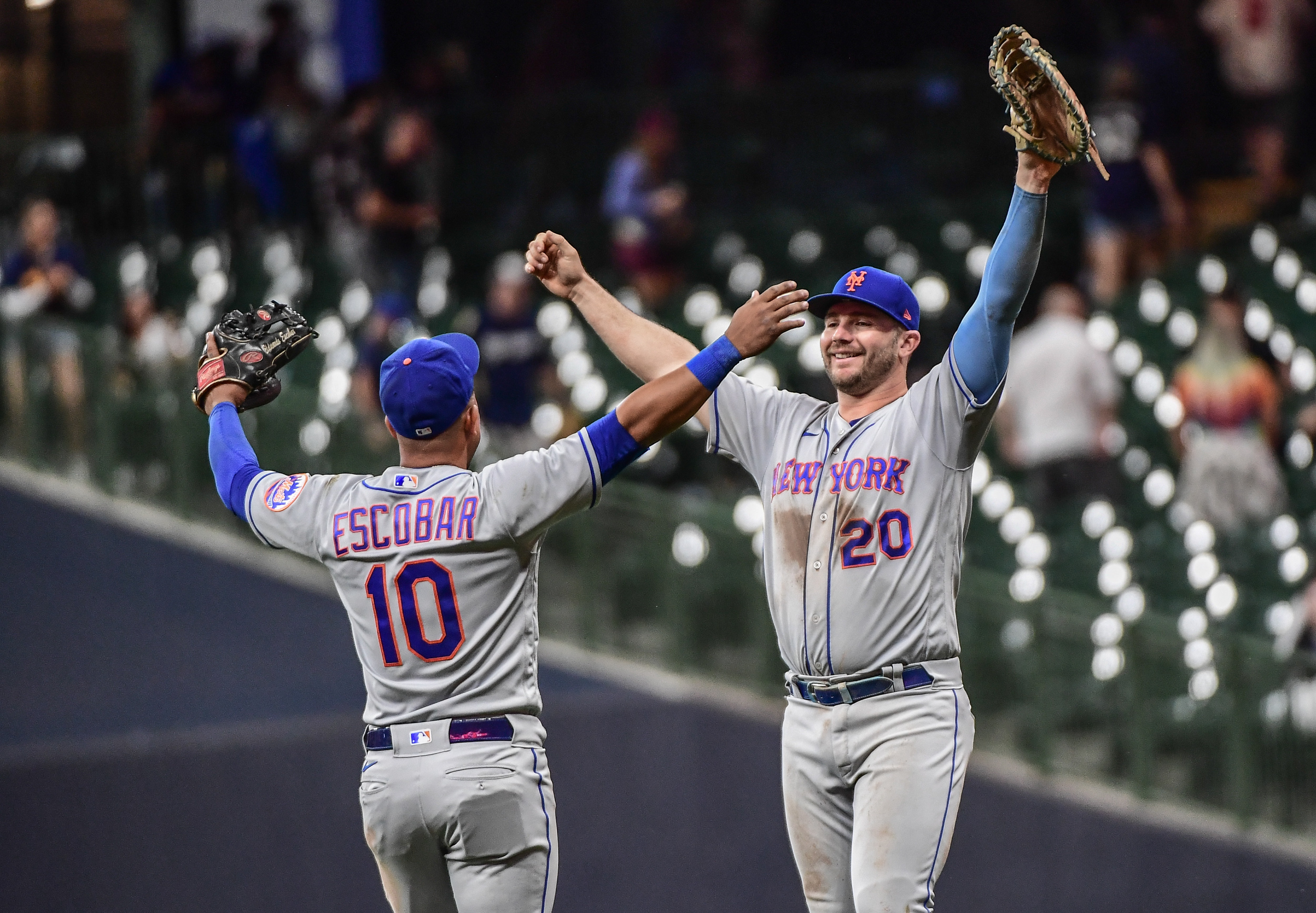 It’s been 2,176 days since the New York Mets played in a playoff game. It’ll be just about 20 more until they finally play in another.

Monday night, the 2022 iteration of the Mets clinched a playoff berth with a 7-2 win over the Milwaukee Brewers. They did so behind six perfect innings from Max Scherzer and and a three-run blast from Pete Alonso off Corbin Burnes, the reigning NL Cy Young. Owner Steve Cohen made an appearance to watch it all unfold.

“We understand this isn’t the end goal, but it’s part of our destiny,” Francisco Lindor said after the win.

That destiny was conjured after Cohen’s spending this offseason with the additions of Scherzer, Starling Marte, Mark Canha and others. (Buck Showalter, some would say, was the best acquisition among them.) Cohen launched the payroll into $290 million territory while getting a luxury tax threshold named after himself to show his commitment to the goal.

“This is the first step,” Cohen said during the team’s “modest” celebration of their goal to reach the World Series,  knowing the next step comes with winning the division. That “modest” celebration included Coors Light, “October Rise” postseason shirts and a group photo in front of the third base line at American Family Field. 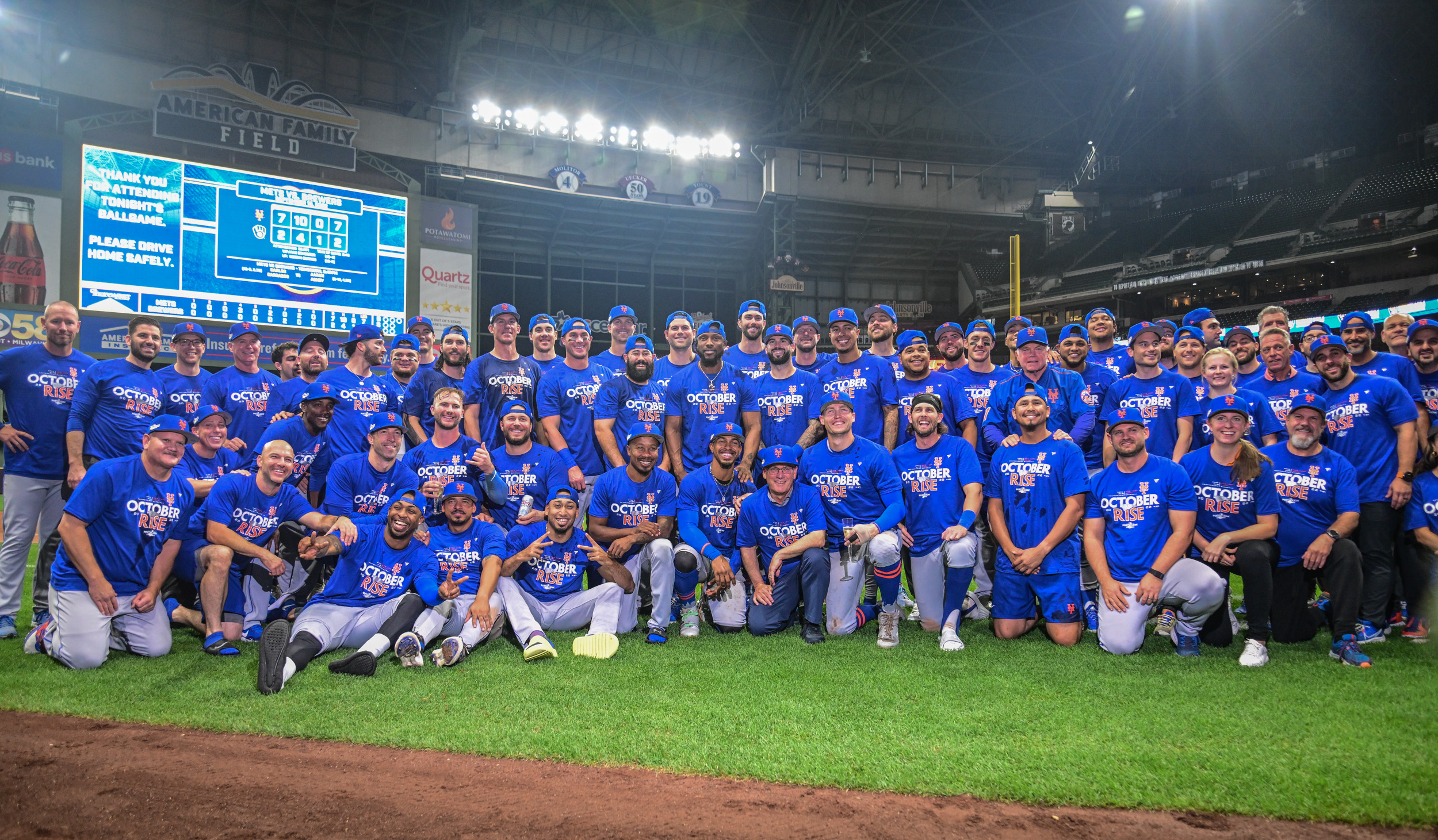 In previous seasons, postseason hopes dwindled in June with long losing streaks and dreaded West Coast trips. This June, the Mets went toe-to-toe with the Dodgers, who clinched their own playoff berth and division last week, and finished the month above .500 for the first time in 10 years. They were down Scherzer and Jacob deGrom then, too.

Brandon Nimmo, the second-longest-tenured Met, noted that there have been “many years of hard work to get to the point,” speaking for the likes of himself, Alonso, Jeff McNeil and others, who have seen those recent ebbs in June and will experience the postseason for the first time.

Once the cavalry was resupplied into July, the team kept on its winning pace and maintained first place in the NL East (to this point) every day but one where they fell behind the Atlanta Braves by a half game. They reclaimed that lead a day later and have tried to fight off the reigning World Series champs despite their historic pace since June 1, when they kicked off a stretch of 14 straight wins. (They’re on a 115-win pace since then.)

But that is what the last chapter of the Mets’ 2022 regular season is all about: fighting off the Braves and winning the NL East.

The winner of the division will earn the second seed in the National League, giving them a series off until round two, when they’d play either the top NL Wild Card (the loser of the division). It’d give them the opportunity to reset their rotation with deGrom, Scherzer and Bassitt facing off against an opponent who might have to use its fourth starter in Game 1 of the NLDS.

In all likelihood, the NL East crown will come down to the final three games the teams play together from October 1 to October 3. (It was originally scheduled to be final series of the season, but the lockout-induced late start makes it the penultimate one.) Eyes across MLB will be locked onto the series, as it’s likely the only division that won’t be wrapped up with five or six games left. FOX picked up the Saturday game. ESPN picked up the Sunday game.

And if they do win the division, then the team will really celebrate. Anticipate a couple more Coors, expensive champagne and a lot of laundry. (“You’ll see me do something stupid, Showalter joked, kind of.)

“We know we’re not done yet,” McNeil said amidst Monday night’s festivities. “We’re going to come in tomorrow and play hard. Nothing’s changed.”

Except for people outside of the dugout, it’s a sign of a new regime, a new hope and a new expectation. The Mets have 13 more games and an entire postseason to keep pushing those dreams.