The 2023 season is just weeks away with IMSA’s GTP class and a much expanded FIA WEC HyperCar class.

With the automotive line-ups, with a couple of uncertainties, pretty much nailed in, the storylines have moved both to the relative preparedness of the cars, and to the drivers who are set to take to the track aboard an array of factory, and privateer, cars.

Here’s a summary of where each of the marques, and their teams, stand: 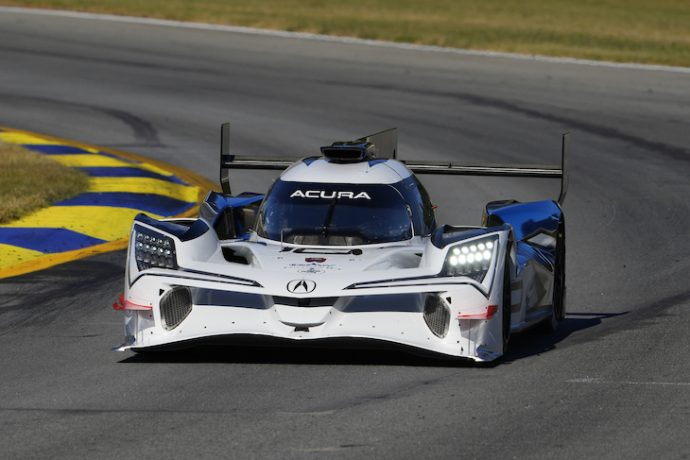 The confirmation last week that Colin Braun will join Tom Blomqvist for the full season completes the 2023 line-up with Helio Castro Neves added for the enduros and Simon Pagenaud named as the fourth driver for the Rolex 24 Hours.

Ricky Taylor and Filipe Albuquerque return as the full season duo in the #10 Acura with Louis Deletraz a new signing for the enduros and Brendon Hartley added for Daytona. 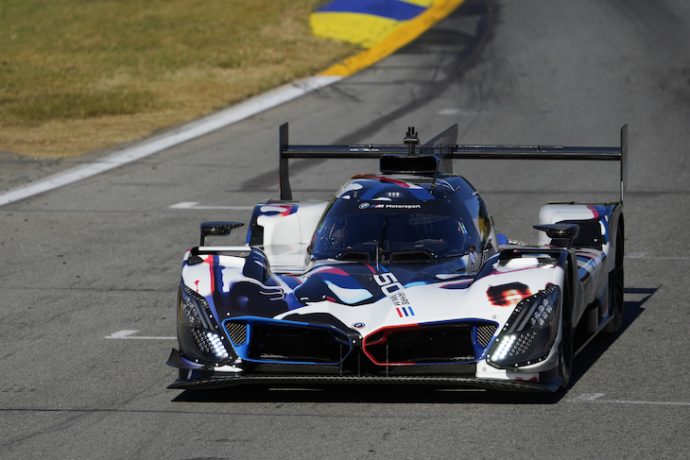 The factory effort with the new Dallara-based M Hybrid V8 starts exclusively with the IMSA WeatherTech Sportscar championship with a two car effort, the WEC programme with Team WRT begins a year later in 2024. BMW Team RLL will once again field the factory effort.

In addition, Marco Wittmann and Sheldon van der Linde are already confirmed for the Rolex 24 and Sebring, though with the car allocations yet to be confirmed.  Colton Herta meanwhile will also contest the Rolex 24 in one of the BMWs.

That leaves one Daytona seat to be confirmed with BMW Team RLL. 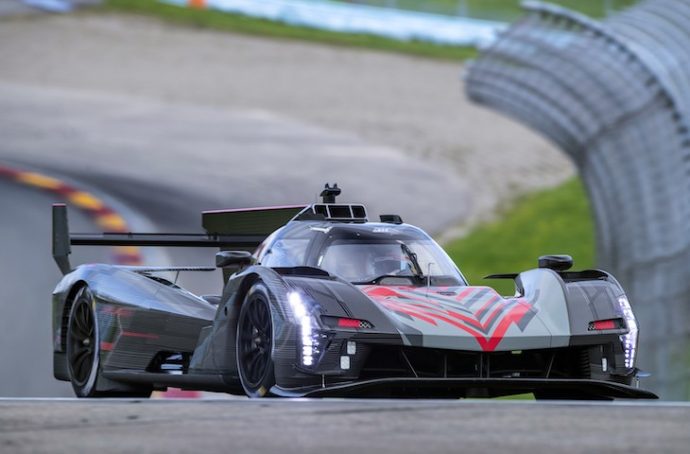 Cadillac will field a single Dallara-chassised V-LMDH car apiece in the IMSA Weathertech Sportscar Championship from Chip Ganassi Racing and Action Express, and a single car from Ganassi too in the FIA WEC.  The second Ganassi car will also contest the Rolex 24 Hours at Daytona.

Cadillac are expected to request at least one additional entry at the 2023 Le Mans 24 Hours.

IMSA enduro drivers are yet to be confirmed

IMSA enduro drivers are yet to be confirmed 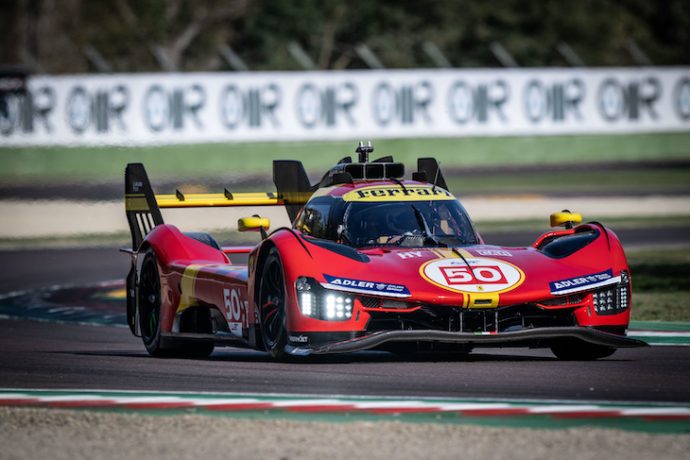 Ferrari return to top class Sportscar racing as a factory team for the first time in 50 years with their brand new 499P.

A two car full-season FIA WEC effort will be supported by AF Corse.

Other than confirmation that the team will be manned exclusively from within the Ferrari family no drivers have been named thus far.

A number of current Ferrari drivers are known to have tested the 499P including Alessandro Pier Guidi, James Calado, Nicklas Nielsen, Antonio Fuoco, Miguel Molina and Davide Rigon. Others in the Ferrari ‘family’ including ex F1 racer Antonio Giovanazzi have also been linked with possible places in the squad. 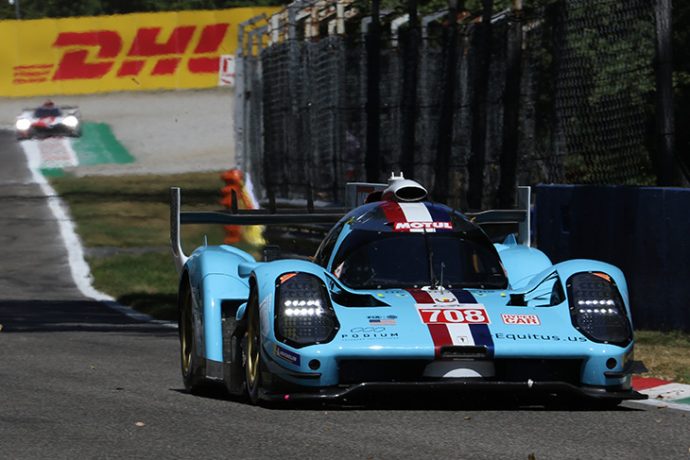 There is, as yet, no confirmed programme in the 2023 FIA WEC for the Glickenhaus 007 Hypercar but a tilt at a likely part season effort looks increasingly likely with the door open to the Le Mans podium finishers to return.

There’s no news on drivers either though though at least a couple of the team’s 2022 roster, Richard Westbrook and Pipo Derani, have drives elsewhere. 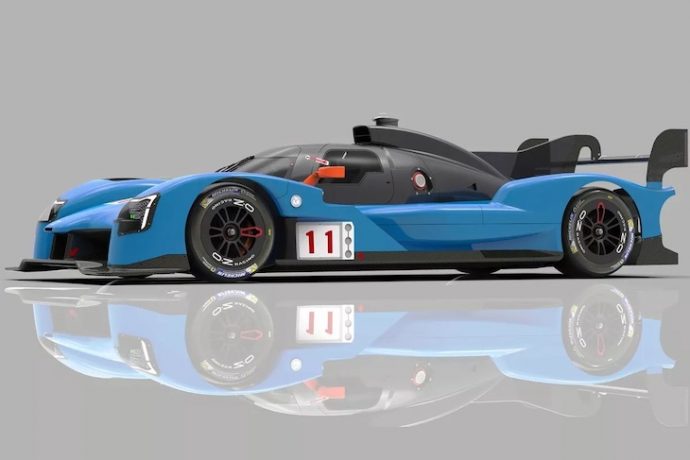 The LMH Hypercar designed and built for the revived Isotta Fraschini brand has, as yet, no confirmed programme though the development team has suggested it is targeting a debut in the FIA WEC at Spa Francorchamps.

DSC can also confirm that the driver initially slated as the team’s first factory driver an development and test driver will instead now be driving elsewhere in the top class. 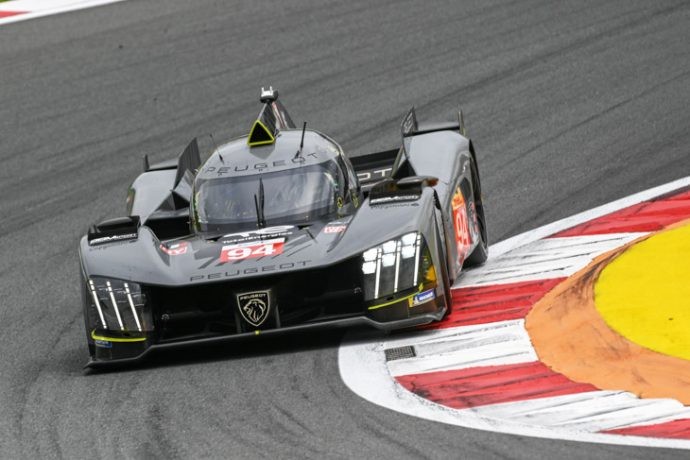 Peugeot will return to the FIA WEC with a pair of their extraordinary 9X8 LMH Hypercars after a post Le Mans season in 2022.

There seems to be no plan to further reshuffle the full season driver squads after a core of rolling changes in 2022 forced by the unexpected recall of Kevin Magnussen to F1.

The roster of drivers called up by Peugeot for the Bahrain rookie test is though very interesting, a mix of high level experience and youthful talent, could a third car for Le Mans be in prospect? 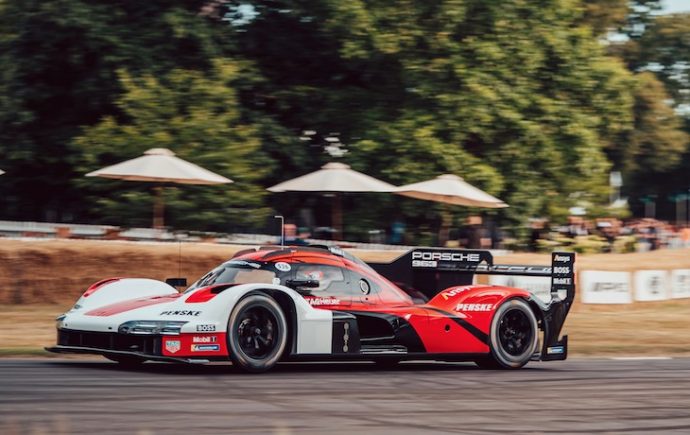 Porsche Penske Motorsport are set to field a pair of new Multimatic-based Porsche 963 cars apiece in both the FIA WEC and IMSA WeatherTech Sportscar Championship in 2o23.

There has been no confirmation whatsoever of additional cars for the Rolex 24 Hours, the cars competitive debut, or for the 2023 Le Mans 24 Hours, though a minor verbal slip from Roger Penske indicated that a third car for Le Mans might just have been considered.

A full, or near full, driver line-up has been announced but with, as yet, no firm announcements made on the nominated crews for the individual Championship campaigns. there is every likelihood that some of the nominated full-season WEC drivers might also complete the IMSA enduro line-ups.

The IMSA cars will run as #6 and #7 in a throwback to Penske and Porsche’s successes with the Porsche RS Spyders.

Marshall Pruett reported on this week’s edition of The Week In Sportscars podcast that the currently planned full season IMSA pairings after more than one change to the roster look set to be Nick Tandy and Mathieu Jaminet in one IMSA 963 with Felipe Nasr and Matt Campbell in the other factory-entered car. 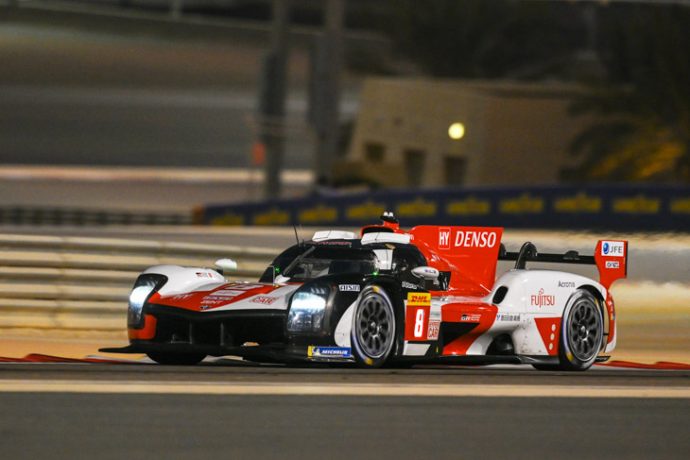 No changes are set to be made to the full-season line-ups for the pair of Toyota Gazoo Racing GR010 Hybrids, the cars though will return in an Evo version for 2023 rather than the initially intended more significant replacement form for the now double World Championship winning cars.

There will, once again, be two full season cars in the FIA WEC 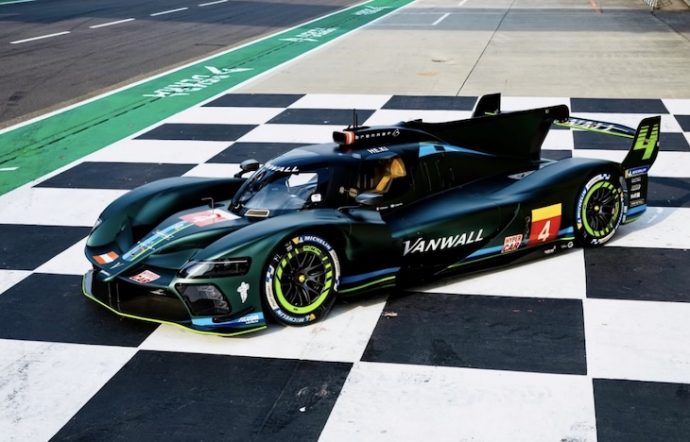 With the status of the ByKolles-built ‘Vanwall’ Vandervell LMH still unclear, the continuing trademark case muddying the waters for the Gibson V8 powered effort there’s clearly no news yet of a full-season line-up. The determination of whether an entry will be considered, let alone accepted, still not in the public domain.

Tom Dillmann and Esteban Guerrieri have tested the car with Christophe Bouchut taking the wheel for the first shakedown.

Only Porsche has yet confirmed customer sales of either Hypercar or GTP machinery (with the exception of the customer-owned #709 Glickenhaus that competed at Le Mans in 2022).

Supply chain issues have delayed the delivery of the customer cars with senior sources suggesting they may arrive after ‘Super Sebring’ missing the opening round of the FIA WEC and the first two IMSA rounds (effectively the first three as neither IMSA privateer is expected to wish to debut their new car on the streets of Long Beach).

Hertz Team Jota will field a single Porsche 963 in the 2023 FIA WEC with the team targeting a doubling up of the effort in 2024, watch this space on the politics of privateers in future season!

Porsche Motorsport Asia-Pacific nominated driver Yifei Ye is the first confirmed driver for the effort with Antonio Felix da Costa and Will Stevens understood to be close to confirmation as a confirmed, and impressive, line-up.

Proton have confirmed solo Porsche 963 efforts in both the FIA WEC and IMSA for 2023 with drivers yet to be confirmed. Proton too are considering a doubling up of the effort in both Championships in 2024.

No drivers have yet been confirmed but two current Proton drivers are close to confirmed drives.

A single car effort in the 2023 IMSA Weathertech Sportscar Championship is in prospect for what was the first confirmed US privateer GTP customer.  No drivers have yet been confirmed for the effort.

The Alpine (FIA WEC with Signatech), Lamborghini (FIA WEC and IMSA enduros with Iron Lynx), WRT BMW (FIA WEC) and the proposed De Tomaso LMH are all currently slated to debut in 2024 and therefore fall outside the scope of this article.