Ru24.netNews‑life.proNews‑life.org29ru.net123ru.marketSportsweek.orgIceprice.info123ru.net
News
To keep the variety of order going, we have our first Round Three match ready to go - the Mercedes-Benz W196 vs the McLaren MP4/4.

The Mercedes Round Two win came 6-3 over the Brabham BT46.
Mercedes-Benz W196 (grandprixhistory.org):
In 1954 [...] Mercedes set up a racing department headed by Rudolf Uhlenhaut while the race team was once again managed by the legendary Alfred Neubauer. The drivers were Juan-Manuel Fangio and the Germans Karl Kling and Hans Hermann. In 1955 the lineup was bolstered when the young British sensation Stirling Moss joined the team.

One of the initial design goals or the new car was to maximize it's drivability by providing as wide a power band as possible. Towards this end the new cars were powered by a normally aspired straight eight fitted with desmodromic valves and fuel injection. Using experience gained from their aero engines and in collaboration with Bosch, Mercedes built the first successful Grand Prix car to have fuel injection.
Using a loophole in the rules, the cars sported an all-enclosing streamlined shell whose low bonnet line was made possible by the engine being canted on its side.
The streamlined bodies caused a sensation and served the team well at fast circuits such as Reims but the debacle at the British Grand Prix led to an open wheel version which was later driven in the remainder of the races that required a more precise placement of the car relative to the circuit's corners!

The McLaren Round Two win came 5-0 over the Ferrari F2001
McLaren MP4/4 (goodwood.com):
The McLaren MP4/4 is, statistically, the best F1 car of all time. In the 1988 F1 season, in the hands of Alain Prost and Ayrton Senna, the MP4/4 won 15 of the 16 races, only missing out on the complete set at the Italian Grand Prix when Prost’s Honda engine let go and Senna was then removed from the race while lapping Jean-Louis Schlesser’s Williams. The weekend after Enzo Ferrari died, even McLaren had to feel OK with losing that one win to Ferrari.

But for the rest of the season the MP4/4 was imperious in a way never seen before or since. It holds a 93.8 per cent victory rate.

Coming toward the end of the first turbo F1 era, McLaren’s first step toward the total dominance of the MP4/4 had been to basically steal the engine supply of its nearest rival. Williams had won the last two Constructors’ Championships with Honda power, while McLaren’s time using a privateer engine, financed in house, built by Porsche, had been initially successful, but was gradually being overtaken by the better financed manufacturer engines. Secured with the best engine on the grid McLaren now needed a chassis to match. Here we introduce not only McLaren chief designer, American Steve Nicholls, who designed the car, but also South African Technical Director, Gordon Murray, a name with which you may be familiar. Between them they clothed the Honda V6 in a chassis and body that proved well beyond anything its rivals could come close to. Prost won seven races, Senna won eight, and the Brazilian secured his first of three F1 championships. 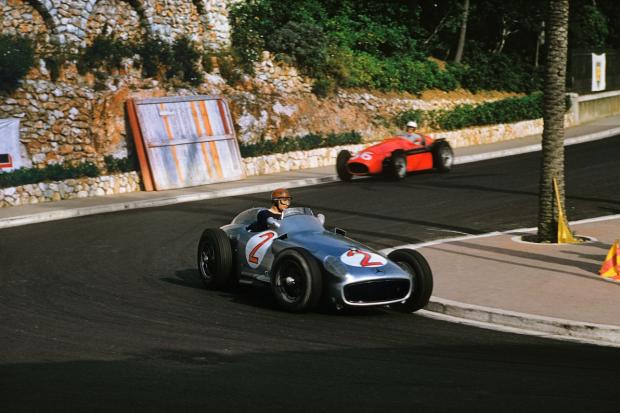